What Has Your Heart? 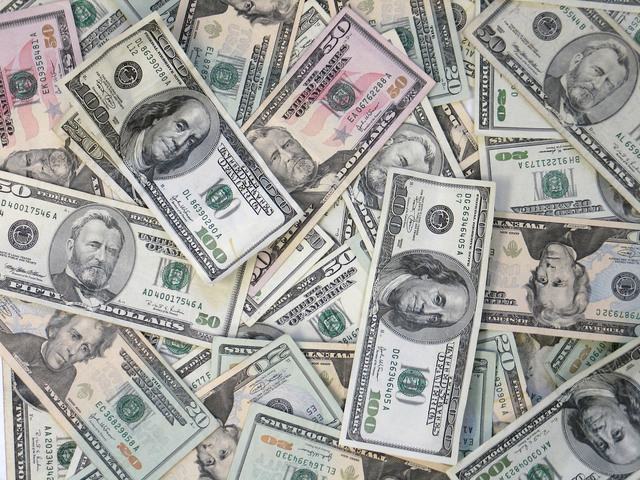 There is a common belief or teaching that for one to serve God, one has to be poor and that God never intended His people to prosper (live in wealth) while on earth.  I want to show you that this belief is incorrect and actually dangerous.

It is dangerous because it falsely discourages people from: (a) being willing to give their lives to Christ (thinking they are condemning themselves to a life of poverty); and (b) those who have already given their lives to Christ are discouraged from fulfilling God’s call on their life (i.e. their purpose) if God calls them to full-time ministry.

Let us look at two simple historical stories from the Old Testament that clearly show that this belief that God and poverty go together is a lie.  The first historical fact to look at is the well-known story of God leading the Israelites out of Egypt.

“So I have come down to deliver them out of the hand of the Egyptians, and to bring them up from that land to a good and large land, to a land flowing with milk and honey, to the place of the Canaanites and the Hittites and the Amorites and the Perizzites and the Hivites and the Jebusites.” [Exodus 3:8 NKJV]

As we can see, God wanted to bring the Israelites out of slavery (poverty) in Egypt into a land of prosperity (wealth / plenty).  In addition, God also caused the Egyptians to give the Israelites gifts when they left, so that they would not leave empty-handed. [Exodus 3:21].  He instructed every Israelite woman to ask for articles of silver and gold and fine clothing from their Egyptian neighbours and foreigners, so that the Israelites could dress their sons and daughters in these, stripping the Egyptians of their wealth. [Exodus 3:22]

We can see from this story that God was concerned about the material well-being of His people, the Israelites.  God had no problem in blessing them with prosperity.  Similarly, God had no problem with blessing King Solomon with wealth after he had asked God for wisdom.    “And I have also given you what you have not asked: both riches and honor, so that there shall not be anyone like you among the kings all your days. So if you walk in My ways, to keep My statutes and My commandments, as your father David walked, then I will lengthen your days.” [1Kings 3:13-14 NKJV]

We know that the exodus of the Israelites from Egypt to the promised land (of milk and honey) is a “type and shadow”  in the Old Testament of the plan of God’s salvation to mankind, freeing us from slavery to sin and redeeming us through His Son, Jesus Christ.

The Bible specifically tells us in 2 Corinthians 8:9 NKJV:  “For you know the grace of our Lord Jesus Christ, that though He was rich, yet for your sakes He became poor, that you through His poverty might become rich.”

When we study this verse, we find out that the two references to “rich” in this Scripture are a reference to “material wealth” (in other words, wealth in this world, not spiritually).  Jesus, being God, left all the riches and privileges of heaven and came into this world to live a life that, compared to His riches as God, was a life of poverty.  [See Philippians 2:6-7] He did this for our sakes so, that by His poverty, we might be made materially rich.  In the same way, He came into this world that He would become a sin offering for us, so that we are made righteous: “For God made Christ, who never sinned, to be the offering for our sin, so that we could be made right with God through Christ.” [2 Corinthians 5:21 NLT]

From only the 2 examples of the Israelites and King Solomon (and there are many other examples of God blessing people materially, such as Abraham, Isaac, Jacob, Job, King David), we can see that God is not against His people being wealthy.  The question that concerns God is what is the condition of the person’s heart.  In other words, what is it that controls your heart?  Is God first in your heart?

Jesus warned: “No one can serve two masters; for either he will hate the one and love the other, or else he will be loyal to the one and despise the other. You cannot serve God and mammon.” [Matthew 6:24 NKJV]  God is not against prosperity but He is against “mammon” controlling the heart.

In simplified terms, “Mammon” means extreme greed for wealth (in other words, greed for wealth that becomes the focus of the heart, to the exclusion of God).  In such instances, the person makes wealth his/her god, instead of putting God first.

Jesus said: “But seek first the kingdom of God and His righteousness, and all these things shall be added to you.” [Matthew 6:33 NKJV]  In other words, God has no problem with prosperity, as long as we put Him first in our hearts.

Therefore, there is no basis for anyone to continue believing (incorrectly) that God requires us to be poor to serve Him.

“Once I was young, and now I am old. Yet I have never seen the godly abandoned or their children begging for bread.” [Psalm 37:25 NLT]

“Let them shout for joy and be glad, Who favor my righteous cause; And let them say continually, ‘Let the LORD be magnified, Who has pleasure in the prosperity of His servant.'” [Psalm 35:27 NKJV]