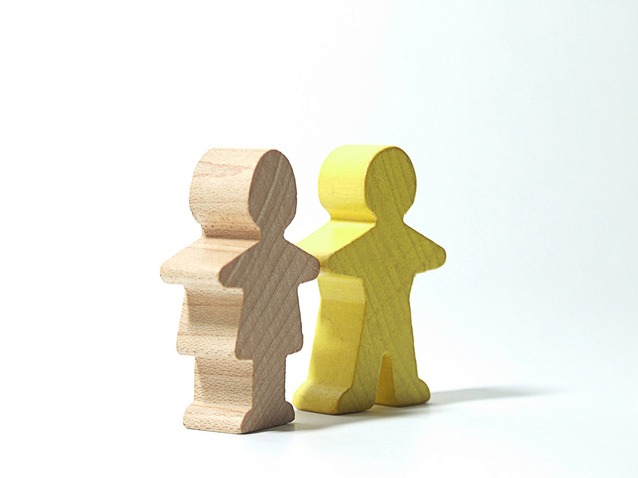 One of the greatest hindrances to an individual’s spiritual growth can be the friends that one keeps.   This is even more of a threat if one is newly born again and keeps friends who are not believers.

What does the Bible teach us about friendships?

Proverbs 12:26 [NKJV]  “The righteous should choose his friends carefully, for the way of the wicked leads them astray.”

These scriptures clearly warn us that if you are born again, do not hang out with friends who are not believers.  Even if you think you are strong and will withstand temptations that may come, eventually you will give in.

Deuteronomy 13:6-10 [NLT] “Suppose someone secretly entices you–even your brother, your son or daughter, your beloved wife, or your closest friend–and says, ‘Let us go worship other gods’–gods that neither you nor your ancestors have known.  They might suggest that you worship the gods of peoples who live nearby or who come from the ends of the earth.  But do not give in or listen. Have no pity, and do not spare or protect them.  You must put them to death! Strike the first blow yourself, and then all the people must join in.  Stone the guilty ones to death because they have tried to draw you away from the LORD your God, who rescued you from the land of Egypt, the place of slavery.”

Obviously, we do not live under such laws today and these laws were meant only for the Israelites before Jesus came into the world.  But, what is clear from this passage is that our closest friends (and even family members) may be the biggest threat to our spirituality if we allow them to entice us away from God.

If we are serious about our relationship with God, we should seek godly friends.

What are the qualities of a godly friend?

1.  They will build you up and encourage you in your relationship with God and with words of faith

2.  They will give you honest advice

3.  They will confront you with the truth, even if this is unpleasant and causes discomfort

4.  They will be a source of help in times of need (better than relying on a blood brother)

–           Proverbs 27:10 [NLT]  “Never abandon a friend–either yours or your father’s.  When disaster strikes, you won’t have to ask your brother for assistance. It’s  better to go to a neighbor than to a brother who lives far away.”

5.  They will always be loyal

This means a real friend will stand up for you even when you are not there to defend yourself.

6. They will protect you, defend you and pray for you

–           Ecclesiastes 4:12 [NLT] “A person standing alone can be attacked and defeated, but two can stand back-to-back and conquer. Three are even better, for a triple-braided cord is not easily broken.”

The third person in that relationship should be God.

7. They will be willing to make serious sacrifices for your sake

While we should not expect a friend to sacrifice their life for us, the mark of a good friend is one who is prepared to make sacrifices that come at a cost or unnecessary inconvenience to them but they make such sacrifice for our benefit because they have made a decision to give of themselves to our benefit.

Jesus demonstrated the highest level of friendship by laying his life down for us so that we may be saved.  This is the ultimate sacrifice that a human being can make for another.

Are you a good friend to others?  If you do not recognize the above qualities in you in how you treat your friends, perhaps it is because you have not yet made Jesus Lord of your life.