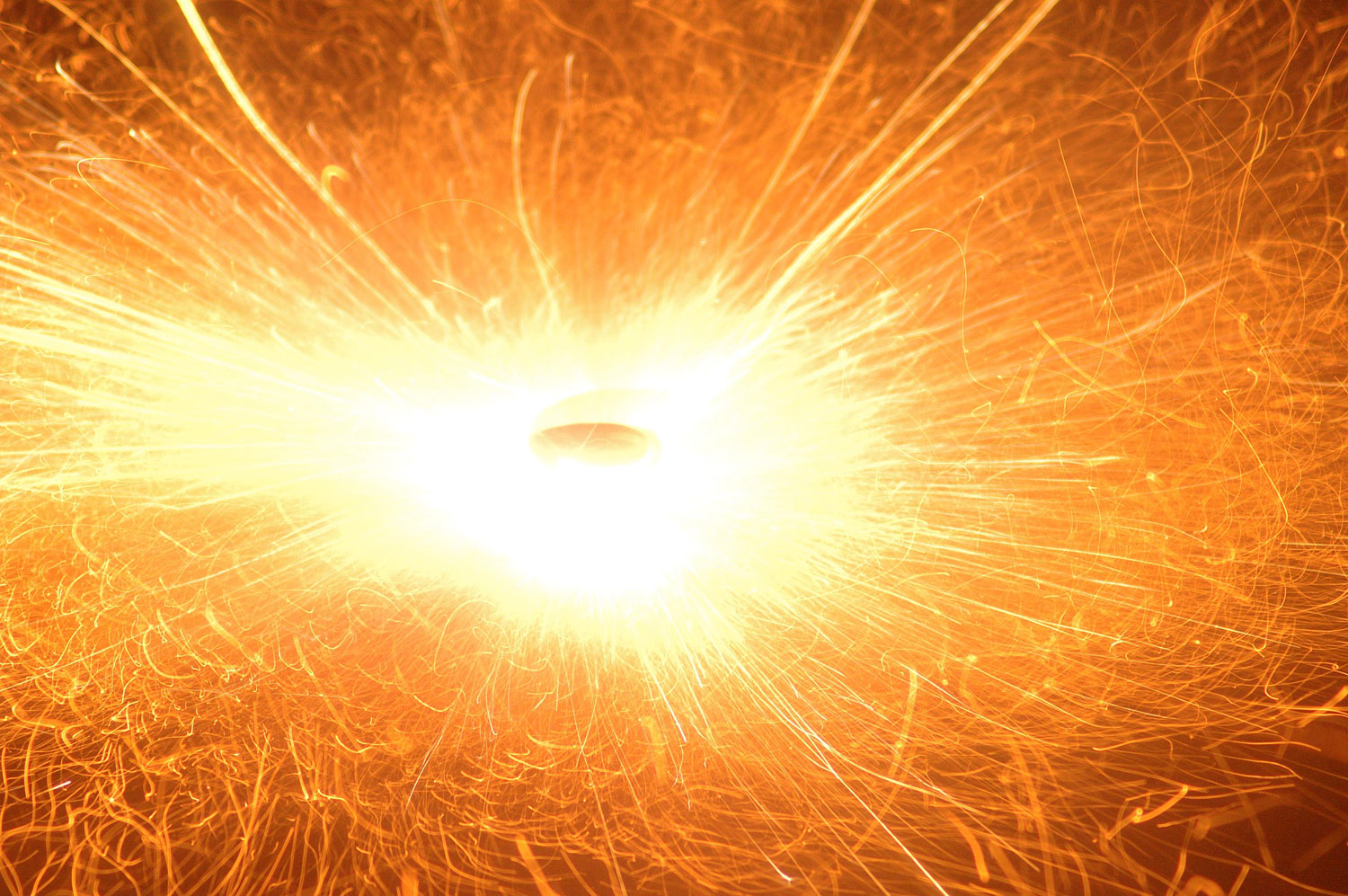 There are some who believe that the spiritual gifts of revelation (prophecy, word of wisdom, word of knowledge) as well as gifts of signs (miracles, healing and speaking in tongues) were given only to the Apostles (meaning the original 12 apostles, excluding Judas Iscariot who was replaced by Matthias – Acts 1:26, but including Paul who was sent by Jesus to preach the gospel to gentiles) and that these gifts ceased with the last of the Apostles.  They believe that these are the only apostles and there are no other apostles.

However, they concede that Stephen (who was not an Apostle himself but was chosen by the Apostles as one of seven assistants to the Apostles in Acts 6:5) performed great wonders and signs (Acts 6:8).  But the Bible also refers to Agabus (who was not one of the Apostles) as being a prophet (Acts 21:10) and he is recorded as having prophesied a famine (Acts 11:28) and Paul’s incarceration (Acts 21:11).  This begs the question – if Agabus was a prophet in the New Testament and was not an Apostle, is it correct to say that these gifts ended with the Apostles?

There is the following biblical evidence that these gifts operated in other people (i.e. other than the Apostles) and that they continued after the Apostles:

For Agabus and the daughters of Philip to have been recognized as having the gift of prophecy, they would have had to have operated in these gifts on a regular basis.

Jesus gave the following instruction just before His ascending to heaven: “Go into all the world and preach the gospel to every creature. He who believes and is baptized will be saved; but he who does not believe will be condemned.  And these signs will follow those who believe: In My name they will cast out demons; they will speak with new tongues; they will take up serpents; and if they drink anything deadly, it will by no means hurt them; they will lay hands on the sick, and they will recover.” [Mark 16:15-18 NKJV] (My emphasis.)

Now some may argue that Mark 16 is not original (the notes to the New King James Version indicate that verses 9 – 20 of chapter 16 were not in the Codex Sinaiticus and Codex Vaticanus) and may therefore question the veracity of this text.

“Now these are the gifts Christ gave to the church: the apostles, the prophets, the evangelists, and the pastors and teachers.  Their responsibility is to equip God’s people to do his work and build up the church, the body of Christ.  This will continue until we all come to such unity in our faith and knowledge of God’s Son that we will be mature in the Lord, measuring up to the full and complete standard of Christ.”  [Ephesians 4:11-13 NLT] (My emphasis.)

Clearly, the New Testament tells us that there are apostles and prophets under the New Testament, contrary to the views of those who believe that apostles and sign gifts have ceased.  These two ministries, as well as evangelists, pastors and teachers will continue for as long as the church is imperfect in measuring up to the full and complete standard of Christ.  We can surmise that these ministries will end with the return of Christ.

Similarly, we find the following passages in the Bible which confirm that these gifts will endure beyond the original Apostles:

” ‘In the last days,’ God says, ‘I will pour out my Spirit upon all people. Your sons and daughters will prophesy. Your young men will see visions, and your old men will dream dreams.  In those days I will pour out my Spirit even on my servants – men and women alike – and they will prophesy.  And I will cause wonders in the heavens above and signs on the earth below–blood and fire and clouds of smoke.  The sun will become dark, and the moon will turn blood red before that great and glorious day of the LORD arrives.  But everyone who calls on the name of the LORD will be saved.'” [Acts 2:17-21 NLT]

The Apostle Paul said the following to the church in Corinth concerning prophesy in the church, indicating that prophesy was not limited to the original Apostles:

“Let love be your highest goal! But you should also desire the special abilities the Spirit gives – especially the ability to prophesy.” [1 Corinthians 14:1 NLT] (My emphasis.)  “I wish you could all speak in tongues, but even more I wish you could all prophesy. For prophecy is greater than speaking in tongues, unless someone interprets what you are saying so that the whole church will be strengthened.”  [1 Corinthians 14:5 NLT]

“Let two or three people prophesy, and let the others evaluate what is said.  But if someone is prophesying and another person receives a revelation from the Lord, the one who is speaking must stop.  In this way, all who prophesy will have a turn to speak, one after the other, so that everyone will learn and be encouraged.” [1 Corinthians 14:29 – 31 NLT]

1 Corinthians 14:39-40 [NLT] states: “So, my dear brothers and sisters, be eager to prophesy, and don’t forbid speaking in tongues.  But be sure that everything is done properly and in order.” (My emphasis.)

Paul, Silas and Timothy, writing to the church in Thessalonica said: “Do not scoff at prophecies, but test everything that is said. Hold on to what is good.” [1 Thessalonians 5:20-21 NLT]

If prophesy was meant to end with the last of the original Apostles, the above Scriptures referring to prophecy would amount to being void (and we know that God Himself says in Isaiah 55:11 that His word will not return void).

Purpose of the manifestation of the gifts of the Holy Spirit

1 Corinthians 12:7 explains that the reason for the manifestation of the Holy Spirit (through spiritual gifts He gives to all) is for the good of all (defined as “common profit” in  the NKJV or “common good” in the NASB).

1 Corinthians 12:7 explains that the reason for the manifestation of the Holy Spirit (through spiritual gifts He gives to all) is for the good of all (defined as “common profit” in  the NKJV or “common good” in the NASB).

In Luke 12:35 [NLT] Jesus tells the church: “Be dressed for service and keep your lamps burning”.  In John 4:36-37 [NLT] Jesus said: “The harvesters are paid good wages, and the fruit they harvest is people brought to eternal life. What joy awaits both the planter and the harvester alike!  You know the saying, ‘One plants and another harvests.’ And it’s true.”  Paul elaborates on this in 1 Corinthians 3:8-15 [NLT]: “The one who plants and the one who waters work together with the same purpose. And both will be rewarded for their own hard work.  For we are both God’s workers. And you are God’s field. You are God’s building.  Because of God’s grace to me, I have laid the foundation like an expert builder. Now others are building on it. But whoever is building on this foundation must be very careful. For no one can lay any foundation other than the one we already have–Jesus Christ. Anyone who builds on that foundation may use a variety of materials–gold, silver, jewels, wood, hay, or straw. But on the judgment day, fire will reveal what kind of work each builder has done. The fire will show if a person’s work has any value.  If the work survives, that builder will receive a reward.  But if the work is burned up, the builder will suffer great loss. The builder will be saved, but like someone barely escaping through a wall of flames.”

(1) To equip believers to carry out ministry (i.e. “service” in carrying out the Great Commission) – “Therefore, go and make disciples of all the nations, baptizing them in the name of the Father and the Son and the Holy Spirit.  Teach these new disciples to obey all the commands I have given you. And be sure of this: I am with you always, even to the end of the age.” [Matthew 28:19-20 NLT]. It is clear from Ephesians 4:11-12 that although Jesus gave these instructions to the original Apostles, ministry was not intended to stop with them, but that every believer has the same responsibility (as confirmed by Luke 12:35 and John 4:36-37); and

(2) To help build up the church in their own needs.  In this regard, it is interesting to note that 1 Corinthians 14:22 tells us that prophecy is for the benefit of believers, not unbelievers.  The reason appears to be that Revelation 19:10 (KJV) tells us that “the testimony of Jesus is the spirit of prophecy”.  Unbelievers have no regard for Jesus and His Word, therefore prophecy is not for their benefit.

Those who believe in the cessation of the gifts of revelation and signs believe that these signs were given to the original Apostles as proof that they were authentic and in this regard they refer to Paul’s statement to the church in Corinth in 2 Corinthians 12:12: “When I was with you, I certainly gave you proof that I am an apostle. For I patiently did many signs and wonders and miracles among you.”  They interpret this statement (at somewhat of a stretch) to mean that these gifts were given exclusively to the original Apostles as evidence that they are true apostles.  However, even if such interpretation is given the benefit of the doubt and accorded the meaning that such gifts were only for the original apostles, there are the following difficulties with such an interpretation:

From all the above, it appears that the belief that gifts of revelation and signs ceased with the original 12 apostles is not based on Scripture, but on man’s doctrinal teachings.