What is the Significance of Christmas? 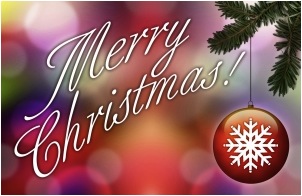 Happy Holidays?  Merry X-mas?  What is the significance of Christmas?

Although the Bible does not inform us that Jesus Christ was born on 25 December, it is a date that was determined by the Catholic Church and is now widely accepted as the day to remember the birth of Jesus Christ.  Unfortunately, the significance of the day has been lost to its characterisation as part of  “happy holidays”, the “festive season” and being overshadowed commercially by the “Santa Claus” myth.

Indeed, we ought to be cheerful, but for the right reasons.  The day is about celebrating the Person (Jesus Christ) through whom God created everything in the universe, who humbled Himself and left all His power behind and took on human existence, for the sake of the salvation of mankind. [Colossians 1:15-18; John 1:14] [Read the Salvation article to understand the concept of “salvation of mankind”.]

“For God so loved the world that He gave His only begotten Son, that whoever believes in Him should not perish but have everlasting life.  For God did not send His Son into the world to condemn the world, but that the world through Him might be saved.” John 3:16-17 [New King James Version]

“Though he was God, he did not think of equality with God as something to cling to.  Instead, he gave up his divine privileges; he took the humble position of a slave and was born as a human being.  When he appeared in human form, he humbled himself in obedience to God and died a criminal’s death on a cross.  Therefore, God elevated him to the place of highest honor and gave him the name above all other names, that at the name of Jesus every knee should bow, in heaven and on earth and under the earth, and every tongue confess that Jesus Christ is Lord, to the glory of the Father.”  Philippians 2:6-11 [New Living Translation]

The birth of Jesus was prophesied by the prophet Isaiah when he said: “For a child is born to us, a son is given to us.  The government will rest on his shoulders.  And he will be called: Wonderful Counselor, Mighty God, Everlasting Father, Prince of Peace.  His government and its peace will never end.  He will rule with fairness and justice from the throne of his ancestor David for all eternity.  The passionate commitment of the Lord of Heaven’s Armies will make this happen.” Isaiah 9:6-7 [New Living Translation]

From these Scriptures we realise the following:
Jesus is God
He is the creator (“Everlasting Father”)
He gave up His power as the creator and was born into this world as a human being
God (the Father) gave Him to us as a gift to save us from sin and the consequence of eternal damnation
He died a cruel death on the cross for us
Although He died, He is today alive as He rose from the dead and was exalted by God (the Father) to the place of highest honour
He is the best counsellor (to those who receive Him as Lord).  He does this through His Word in the Bible and through the Holy Spirit who conveys to the believer the truth He has heard from Jesus
His government is still coming (i.e. He will return to rule the world)
His rule will never end
He will rule with fairness and justice
He is the source of peace
Every being, whether human or spirit (e.g. angels and demons, including the devil) will (eventually) acknowledge, bow and confess that He is Lord.
As you celebrate Christmas, do you think at all about the Person whose life Christmas is really about?  Do you have a personal relationship with Him?  There is nothing He wants more than for you to receive Him in your life – that’s why He came to this world and ultimately died for you.

“Father, I thank You that you sent Your only Son, Jesus Christ, to take my sins and my punishment.  Lord Jesus, I believe that You died for me and that God raised You from the dead.  Today I confess that You are my Lord and my Saviour.  Forgive me of all of my sins.  Thank You Father that today, by Your grace, I am born again, in Jesus' name.  Amen.”