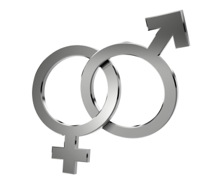 Are you married or are you about to get married? Have you familiarised yourself with the fundamentals of marriage i.e. what God’s will is for marriage?

Jesus said the following about marriage:
“3    Some Pharisees came to him to test him.  They asked, “is it lawful for a man to divorce his wife for any and every reason?”
4    “Haven’t you read”, he replied, “that at the beginning the Creator ‘made them male and female’,
5    and said, ‘For this reason a man will leave his father and mother and be united to his wife, and the two will become one flesh’?
6    So they are no longer two, but one.  Therefore what God has joined together, let man not separate.”
7    “Why then,” they asked, “did Moses command that a man give his wife a certificate of divorce and send her away?”
8    Jesus replied, “Moses permitted you to divorce your wives because your hearts were hard.  But it was not this way from the beginning.
9    I tell you that anyone who divorces his wife, except for marital unfaithfulness, and marries another woman commits adultery.”
10    The disciples said to him, “If this is the situation between a husband and wife, it is better not to marry.”
11    Jesus replied, “Not everyone can accept this word, but only those to whom it has been given.
12    For some are eunuchs because they were born that way; others were made that way by men; and others have renounced marriage because of the kingdom of heaven.  The one who can accept this should accept it.” Matthew 19:3-12 [New International Version]

“The man who finds a wife finds a treasure, and he receives favor from the Lord.” Proverbs 18:22 [New Living Translation]

“Fathers can give their sons an inheritance of houses and wealth, but only the Lord can give an understanding wife.” Proverbs 19:14 [New Living Translation]

“Who can find a virtuous and capable wife?  She is more precious than rubies.  Her husband can trust her, and she will greatly enrich his life.  She brings him good, not harm, all the days of her life.” Proverbs 31:10-12 [New Living Translation]

If you are still undecided about marrying, consider the following written by the apostle Paul:
“32    I want you to be free from the concerns of this life.  An unmarried man can spend his time doing the Lord’s work and thinking how to please him.
33    But a married man has to think about his earthly responsibilities and how to please his wife.
34    His interests are divided.  In the same way a woman who is no longer married or has never been married can be devoted to the Lord and holy in body and in spirit.  But a married woman has to think about her earthly responsibilities and how to please her husband.
35    I am saying this for your benefit, not to place restrictions on you.  I want you to do whatever will help you serve the Lord best, with as few distractions as possible.
36    But if a man thinks he’s treating his fiancée improperly and will inevitably give in to his passion, let him marry her as he wishes.  It is not a sin.
37    But if he has decided firmly not to marry and there is no urgency and he can control his passion, he does well not to marry.
38    So the person who marries his fiancée does well, and the person who doesn’t marry does even better.
39    A wife is bound to her husband as long as he lives.  If her husband dies, she is free to marry anyone she wishes, but only if he loves the Lord.
40    But in my opinion it would be better for her to stay single, and I think I am giving you counsel from God’s Spirit when I say this.”  1 Corinthians 7:32-40 [New Living Translation]

“8    So I say to those who aren’t married and to widows – it’s better to stay unmarried, just as I am.
9     But if they can’t control themselves, they should go ahead and marry than to burn with lust.
10   But for those who are married, I have a command that comes not from me, but from the Lord.  A wife must not leave her husband.
11   But if she does leave him, let her remain single or else be reconciled to him.  And the husband must not leave his wife.”  1 Corinthians 7:8-11 [New Living Translation]

Do you know your responsibilities as a wife or husband within marriage?
“Give honor to marriage, and remain faithful to one another in marriage.  God will surely judge people who are immoral and those who commit adultery.” Hebrews 13:4 [New Living Translation] It is doubtful that you can marry more than one spouse and comply with this Scripture – as soon as you have a love affair outside your marriage, even if it has not yet resulted in adultery, you would be unfaithful to your spouse.  In another Scripture, the apostle Paul advises that within the church, in appointing elders, one of the qualifying criteria is that the elder should be the “husband of one wife”.  “A bishop then must be blameless, the husband of one wife, temperate, sober-minded, of good behavior, hospitable, able to teach;” 1 Timothy 3:2 [New King James Version] Taking these two Scriptures and what was said by Jesus in Matthew 19:3-12 (see above), we can accept that these Scriptures rule out the possibility that a Christian can be married to more than one person and be acting in accordance with God’s Word.

“14  You cry out, ‘Why doesn’t the Lord accept my worship?’  I’ll tell you why!  Because the Lord witnessed the vows you and your wife made when you were young.  But you have been unfaithful to her, though she remained your faithful partner, the wife of your marriage vows.

15  Didn’t the Lord make you one with your wife?  In body and spirit you are his.  And what does he want?  Godly children from your union.  So guard your heart; remain loyal to the wife of your youth.

16  ‘For I hate divorce!’ says the Lord, the God of Israel.  ‘To divorce your wife is to overwhelm her with cruelty,’ says the Lord of Heaven’s Armies.  ‘So guard your heart; do not be unfaithful to your wife.’ ” Malachi 2:14-16 [New Living Translation]

Obviously, this applies to men and women.

“18  Wives, submit to your husbands, as is fitting for those who belong to the Lord.
19  Husbands, love your wives and never treat them harshly.”  Colossians 3:18-19 [New Living Translation] See also Ephesians 5:23-27.
“28  Even so husbands should love their wives as [being in a sense] their own bodies.  He who loves his own wife loves himself.
29  For no man ever hated his own flesh, but nourishes and carefully protects and cherishes it, as Christ does the church.” Ephesians 5:28-29 [Amplified Bible]

“3  The husband should give to his wife her conjugal rights (goodwill, kindness, and what is due her as his wife), and likewise the wife to her husband.
4  For the wife does not have [exclusive] authority and control over her own body, but the husband [has his rights]; likewise also the husband does not have [exclusive] authority and control over his body, but the wife [has her rights].
5  Do not refuse and deprive and defraud each other [of your due marital rights], except perhaps by mutual consent for a time, so that you may devote yourselves unhindered to prayer.  But afterwards resume marital relations, lest Satan tempt you [to sin] through your lack of restraint of sexual desire.” 1 Corinthians 7:3-5 [Amplified Bible]

Can you re-marry if your spouse dies?
“2  For the woman who has a husband is bound by the law to her husband as long as he lives.  But if the husband dies, she is released from the law of her husband.
3  So then if, while her husband lives, she marries another man, she will be called an adulteress; but if her husband dies, she is free from that law, so that she is no adulteress, though she has married another man.”  Romans 7:2-3 [New King James Version]
Are you sure that you have properly considered what marriage means i.e. how it may affect your daily living, physically and spiritually?  If you are married, is your marriage grounded on the Word of God?  Is your marriage in trouble and you don’t know what to do?  Considering re-marrying?  The beginning of the answer to these questions and the resolution of your marital problems is letting Christ into your life and your relationship.  Even if you alone become saved, Christ in you will have a positive effect on the relationship with your partner.

“Father, I thank You that you sent Your only Son, Jesus Christ, to take my sins and my punishment.  Lord Jesus, I believe that You died for me and that God raised You from the dead.  Today I confess that You are my Lord and my Saviour.  Forgive me of all of my sins.  Thank You Father that today, by Your grace, I am born again, in Jesus' name.  Amen.”